Eurasian Scops owl (Otus scops) is among the most known bird residents of Goričko nevertheless rarely seen and more often heard in the spring nights.

Description
Scops owl is a small, up to 20 cm tall bird with a wingspan between 47-53 cm. Scops owl is nocturnal bird which is much easier to hear than to see. Its distinctive call tchuk-tchuk-tchuk gave him local name »čuk«. 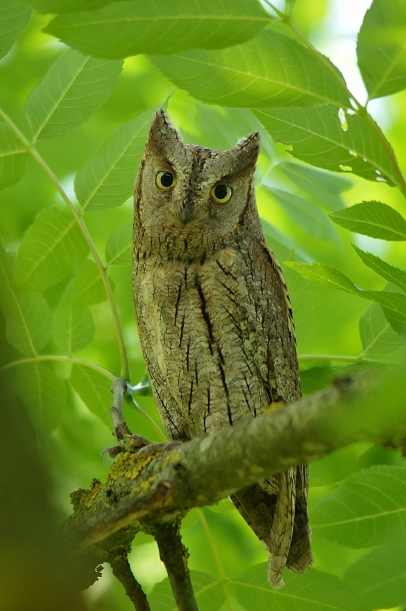 Its plumage is cryptic. The feathers of grey-brown up to red color almost in entirety camouflages the bird in its surrounding. Wings are relatively long towards the body, tail is short. On the head two small ear-tufs can be seen sometimes. Large eyes are yellow. 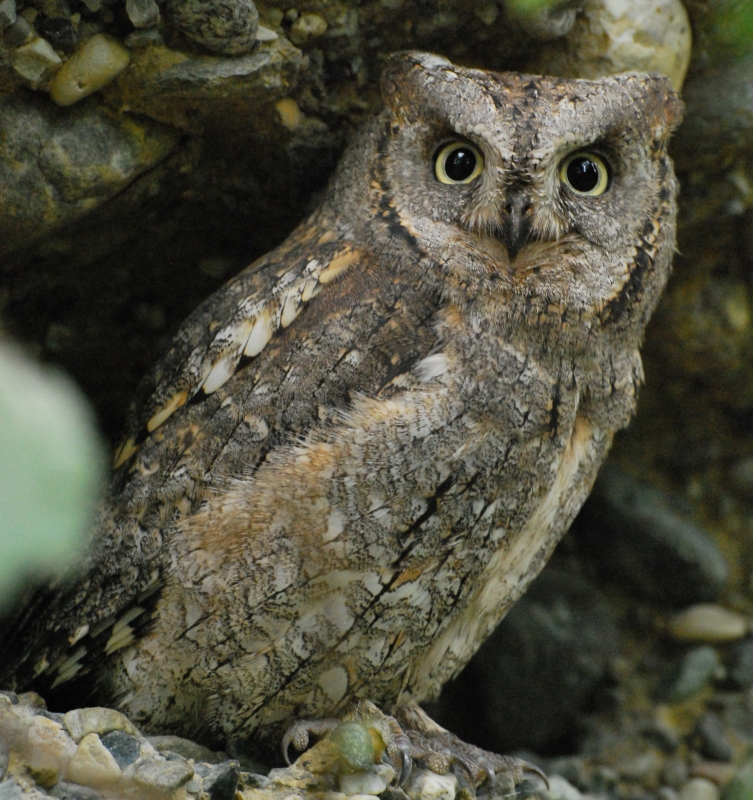 Food and migration
Scops owl most often forage for large insects like great green bush-cricket (Tettigonia viridissima), molecrickets and field crickets. Moths and buttefly catterpillars are also a common prey on its menu. Small mammals are an opportunity prey. Ecological survey was carried out between 2012 and 2013 on the foraging habitats. Most often Scops owl forage for prey in hedges, forest edges, on meadows and in high-trunk orchards. During foraging structures like dead trees are used as a foraging poles. Because such structures lack in the landscape hunting poles were installed in the recent years. 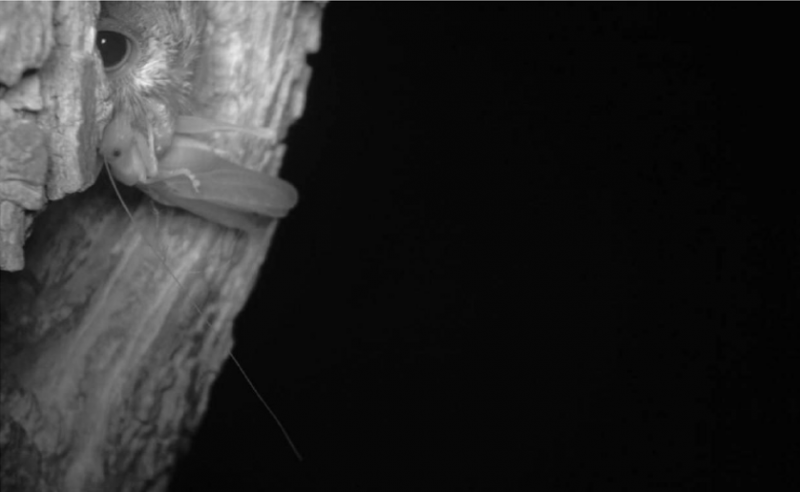 The most important prey are large grasshoppers

Scops owl is the only migratory owl among ten owl species living in Slovenia. Each year this small bird migrates to Africa. With the help of GPS transmitters the migration path of scops owl from Goričko is known. They overwinter in Nigeria and at return they can easily overcome more than 500 km in a day. They return to theirs nesting area in the end of April. They migrate exclusively because of food shortages in the winter months.

Breeding
Males are teritorial. In a ecological study of the home range (area where the animal lives - foraging, breeding etc. and is usually larger than the territory), result of GPS telemetry showed that Scops owl in Goričko uses between 8,3 and 132,1 ha. The longest distance between the nest and the foraging site was 2,000 m, indicating that Scops owl can use a large area. Several territories can overlap within the home range. Hedges and high-trunk orchards proved to be the most important foraging habitats, with arable field having the most negative impact.

Scops owl is a cavity breeding bird. Scops owl likes to choose warm sunny slopes for nesting in an open, extensively cultivated cultural landscape and usually nests in tree cavities in old high-trunk orchards or in trees on sparse forest edges. In recent years more and more pair occupy a suitable nest-box which were installed by ornitologists or Goričko Nature park Public Institute. 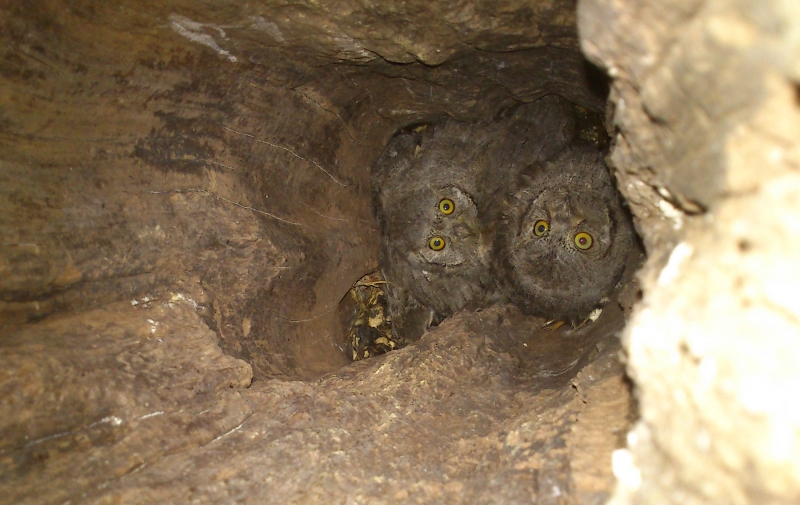 Scops owl nests from mid-May to late June. The female lays 3-6 white and perfectly round eggs (usually 4) and than hatch them for 24-25 days. Chicks are fluffy. The female stays in the nest with the young for the first 10 days and only the male brings food during this period. Later for about two weeks the young are intensively fed by both parents.

The rapid decline in the population of Scops owl is a good indicator of the excessive intensification of land use in recent years. Abandonment and removal of high-trunk orchards, removal of the hedges and solitary trees caused the loss of foraging and breeding habitats. Due to too frequent mowing of meadows, their fertilization and turning meadows into fields along with excessive use of pesticides, large insects are still disappearing. Insecticides also pose a direct threat for Scopw owl as they can cause the death of birds that eat poisoned insects - a few cases of suspected death due to non-target poisoning have also been reported in Goričko. Due to the threats, the Scops owl is a protected as a qualifying species of the Natura 2000 site Goričko. In Slovenia, Scops owl has the status of a highly endangered species (E2) and is protected by law. 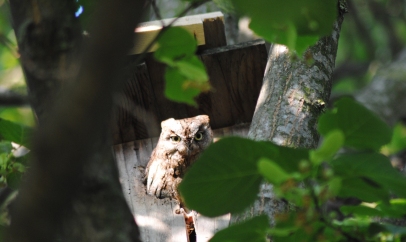 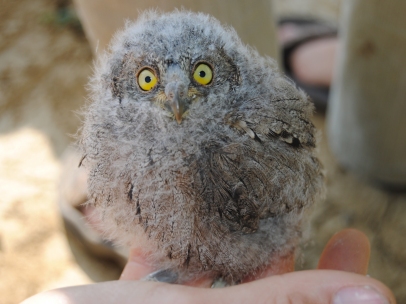 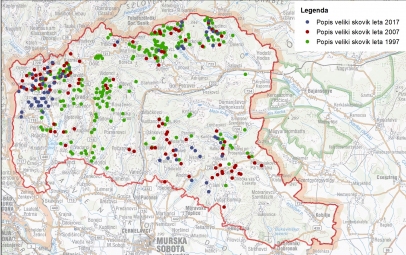