The main objective of the project Upkač was to enhance the meaning of the high-trunk orchards. This orchards are a very important habitat for birds and a feature of cultural landscape. In the past Goričko and Porabje on hungarien side were known for its fruit production and quality of the fruits. The economical importance of such fruit from traditional orchards declined and orhards started to disapper or were no longer in use. As a result of orhard abandonment, cavity breeders like hoopoe started to decline and mosaic cultural landscape started to disappear. 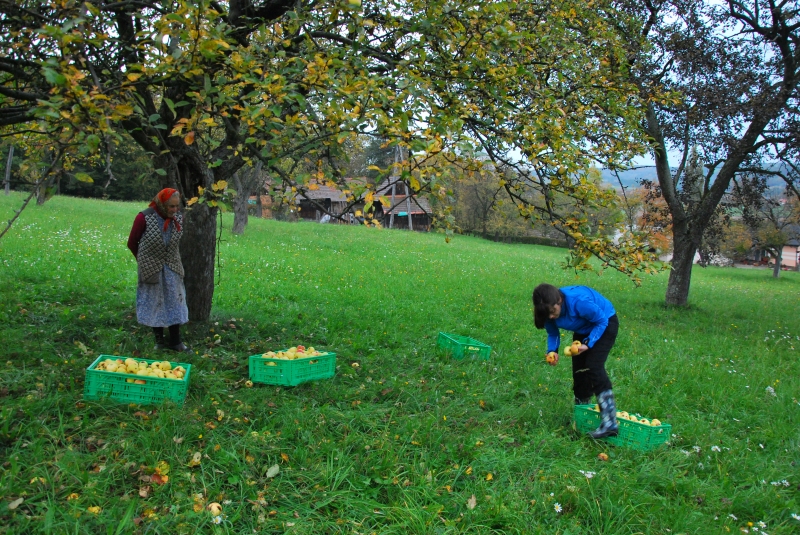 The economic role of old orhards started to diminished in second half of 20. centuary, but today this old and bio grown fruit is again gaining its importance (photo: G. Domanjko)

Within the project called "High-trunk pearls" or short "Upkač", project partners Regional development agency Mura, Goričko Nature Park Public Institute, DOPPS- BirdLife Slovenia, Development agency Slovenska krajina and National park Őrség worked with the aim to establish the system for the long-term conservation of the high-trunk orchards along with the formation of fruit farmer association on both sides of the border Slovenia-Hungary. The project was carried out between October 2011 and September 2014 and had a budget of 1,2 milion EUR. The project was co-financed within European Territorial Cooperation SI-HU 2007-2013. Project activities included:

Planting of two high-trunk orchards
Within the project, two high-trunk orhards were planted. Orchard in Kančevci was planted with the aim to represent different old varieties of apple and pears. Such orchard ia called "collection" orchard. 51 apple trees and 5 pears were planted as a collection of different and old varieties.
In Budinci so called "home orchard" was planted with an aim to conserve different old high-trunk varieties from the area of Goričko. 60 tress of 20 different varieties will serve also as a source of scions. 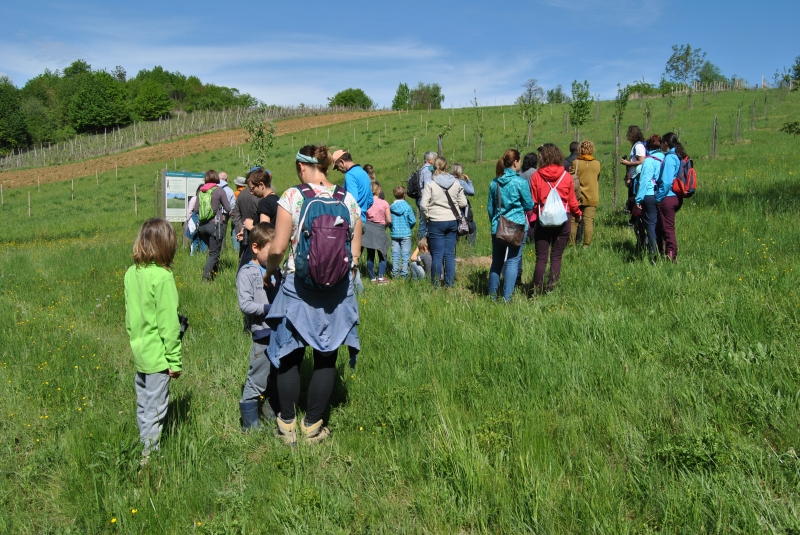 Workshops on tree pruning with the practical demonstration of the rekevemation pruning of old high-trunk trees were carried out by fruit experts. 1000 old high-trunk fruit tress were additionally rejuvenated by pruning and white mistletoe removal. All newborn children in Goričko Nature park got an apple sapling as a gift at birth. More than 1350 trees was devided between newborns. 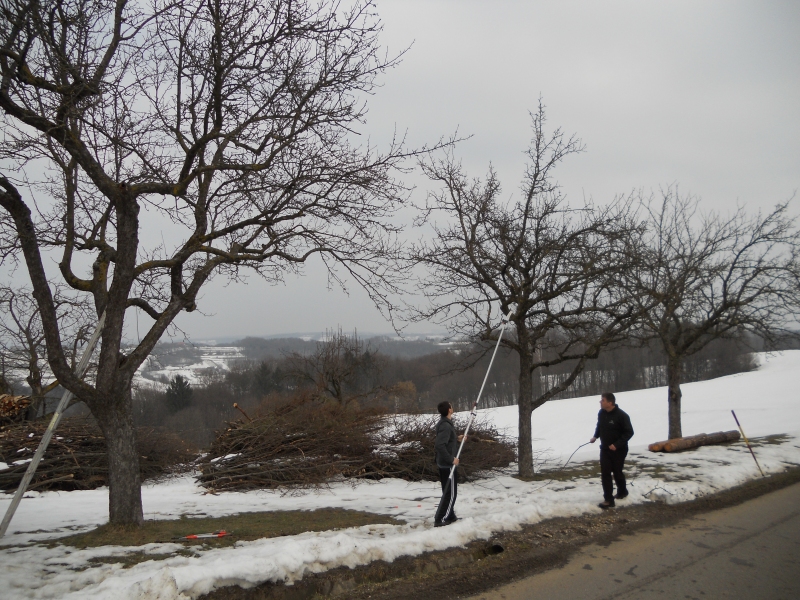 One of the demonstration of pruning (photo: U. Koštric)

Mobile fruit press and house of the apples

Goričko Nature park Public Institute within the project bought mobile fruit press and carried out a few events of apple press for juice. In Felsőszölnök  so called House of Apples  (Alma lak) was build as a education centre where farmers can get acquainted with different methods of fruit processing. The equipment for making apple juice is available for high-trunk orchards owners. 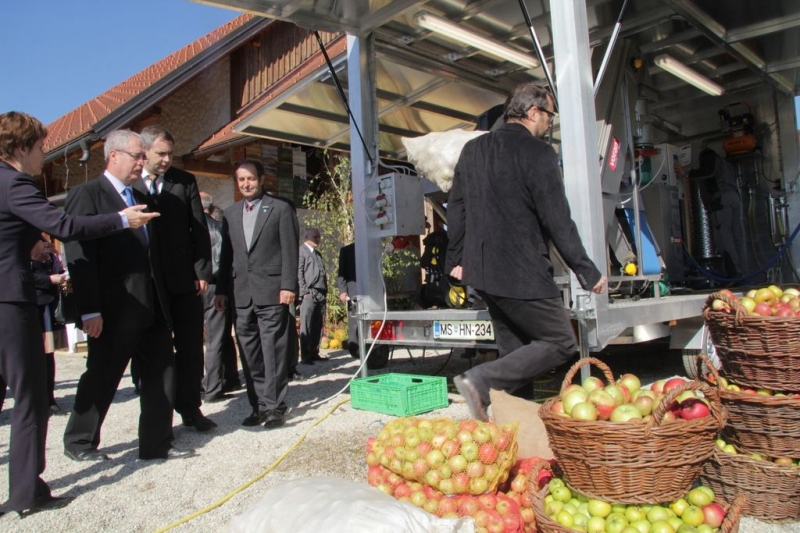 First ecological survey on selecton of foraging habitats and diet of hoopoe (Upupa epops) and Scops owl (Otus scops) in Slovenia was carried out. The results of two season fieldwork showed that both birds feed on large insects - hoopoe mostly on molecrickets, crickets, catterpillars and larvae of beetles, while Scops owl most often forage for grasshoppers, moths and crickets. As the most important foraging habitats meadows were recognised for both species. High-trunk orchards were recognised as an important breeding habitat of hoopoe and scops owl and also as an important foraging habitat. Within the project some nests of hoopoe and one of scops owl in natural cavity were found. All of the results were used in planning conservation measures for both species in other projects.

Diet of hoopoe and scops owl was eximed with a help of cameras (source: DOPPS) 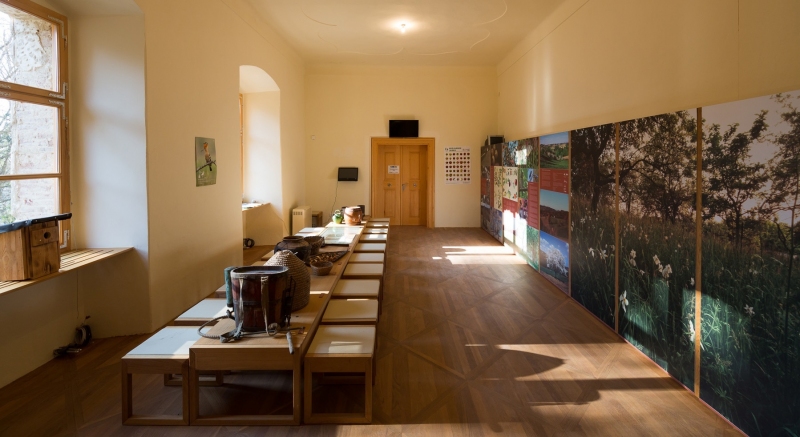 The exhibition "Upkač" is intended for presentation of biodiversity of high-trunk orchards (photo: Č. Slavec) 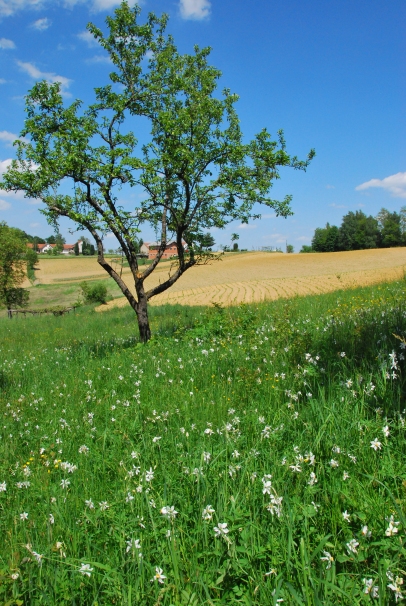 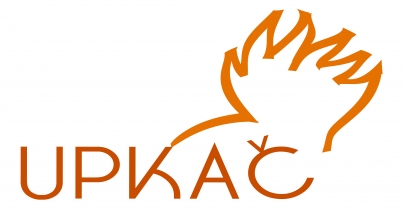 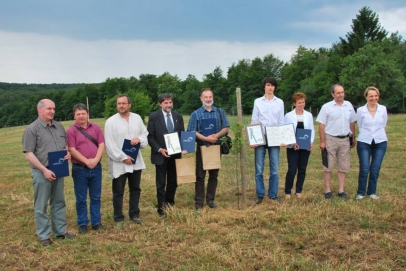 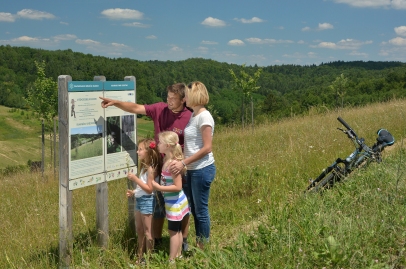 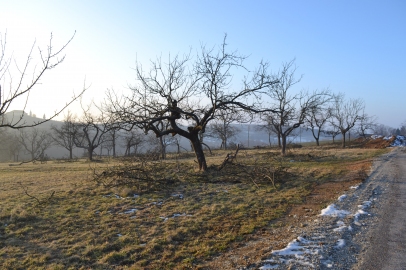 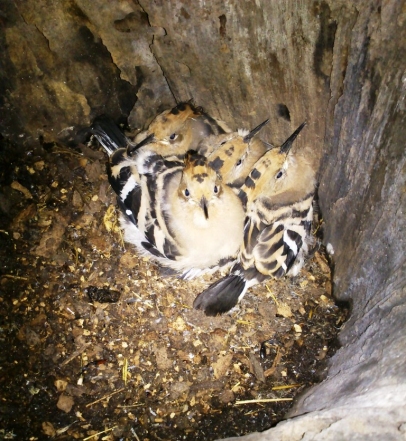 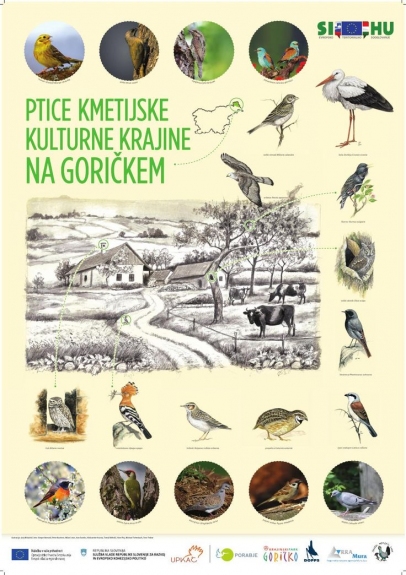 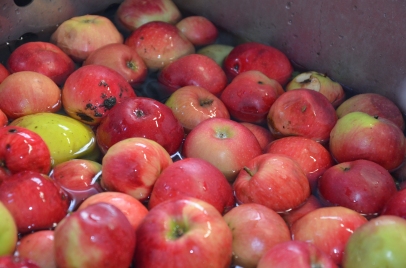 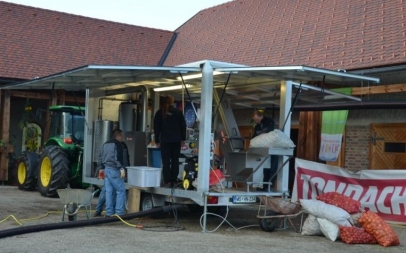