Villa Vogler
Villa Vogler is located in clustered village of Cankova. The mighty inn is a single-story corner house that forms a complete unit with its outbuildings. The facade is simplified and the windows on the ground floor are borderless, with moldings and shelves on the floor. Upstairs windows have shutters.
On the northwest corner is a beautiful forged piece. The courtyard façade on the upper floor is adorned with a wooden porch and the ground floor of the former inn is vaulted. Along the eastern edge of the courtyard stands a masonry ground-floor outbuilding which were in the past used as horse and pork stables.
In the outbulding are the old wooden boxes preserved; the innkeeper Vogler was a important pig dealer. This set of barns is followed by a built-up barn in L. Also partly wooden partly-built ground floor building that was probably used to store various tools stands in the eastern part of courtyard. In the middle of the courtyard stands a built-in canopy for the carts.
The Vogler Inn with outbuildings is considered to be a well-preserved example of building heritage. It present how good it integrated into the economic, social and cultural life in this area along the Slovenian-Austrian border. As such it is important from an architectural, ethnological and socio-historical point of view. Today is the Vogler Villa a Café and has Tourist Information Point. You can find more about the cultural heritage in Cankova here.

Matzenau manor
In east Prekmurje next to Hungarian border at the western edge of park that turns into a forest is placed a manor Matzenau. It was built by the counts of Batthyany in the early 19th century. In 1900 it was bought by the Austrian consul by name Count Matzenauer. He served in Peru and the Vatican where the pope gave him a noble title. He furnished mansion with exquisite examples of stylish furniture, paintings and exotic objects from all over the world. Sadly the fate of these things is unknown today. The building itself was built in a luxurious, neoclassical style. It is on the three arcade arches on the resting altan, emphasized in the upper part by the double coat of arms of the Matzenauer family. Near menor is overgrown park with beech, spruce, sycamore and other non-native trees.
The former parterre arrangement of the park is visible in the old cadastral plan.
There a two storys about the mansions past. Less likely is the one about Napoleon who was supposed to sleep in the mansion. To the owners should he gave lantern as a present for accommodation. Another says that a treaty after World War 1 abaut the border line between Hungary and Prekmurje was signed in the mansion. The first cadastre for the area was made in 1866. It is also known that between 1866 and 1900 seven different owners owned the manur. They were Olga Wrede, Joseph Wrede, Vilmos Boschan and his wife, Joseph Lenner, Bank of Budapest, Henrik, Vilmos and Gyula Pick, Ferenc Egger, Denes Craigher, then purchased by Carl von Matzenauer, who remained in the mansion until his death. Sources: F. Kuzmič: Ruin in Prosenjakovci, Vestnik, August 1, 1985, F. Stefanec: Castles in the Northeast of Slovenia . The Palace in Prosenjakovci, Vestnik, May 7, 1998.
Today the mansion is in ruins and is not suitable for visiting.

Szaparys Palace, Marof in Mačkovci
The mansion was built in 1905. The name marof is derived from the German word Meierhof and means an estate or farm that the owners leased to the manager, the Mayer. The building is now part of the wine cellar and guesthouse complex known for good wine and culinary delights.

Old school
Schools that were created in the first half of the 19th century were built by industrialist Geza Hartner of Murska Sobota. They are important architectural element in Goričko which we recognize by their uniform appearance. They are still found in Stanjevci, Gerlinici, Šulinci, Andrijanci, Brezovci and Markovci. A school built in 1913 in Šulinci with floor wall and a wall edge has classroom and apartment for teacher. Next to is also an auxiliary building. It was built by industrialist Geza Hartner which was modeled after the school in Adrijanci. The last lesson for pupils was in the 1962.
More about schools…
The old school in Stanjevci is renovated and serves as a cultural building. 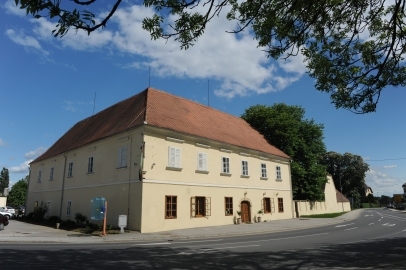 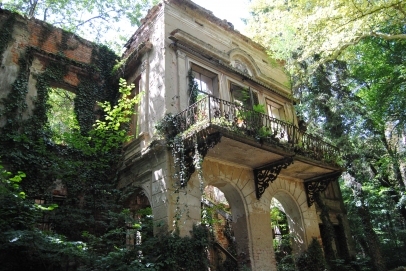 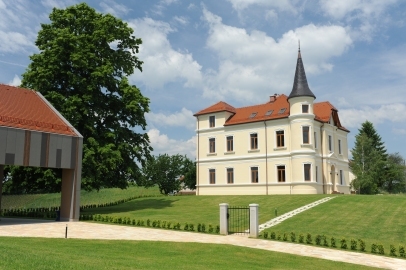 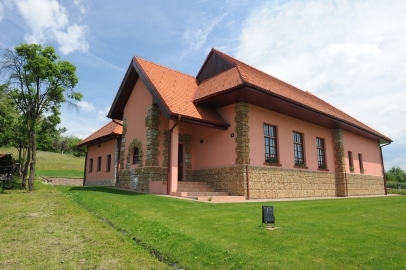 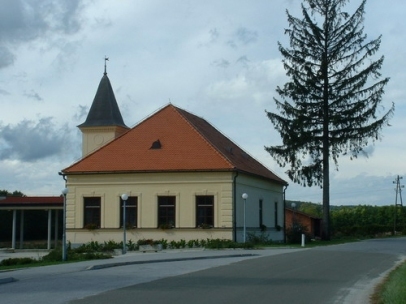 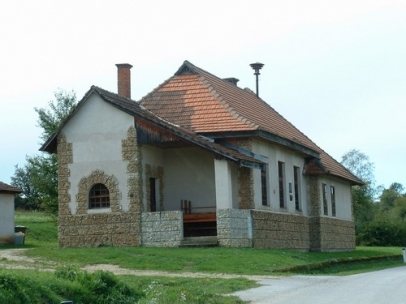 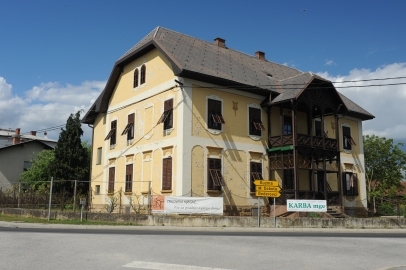