The easiest way to find the proof for high biodiversity in the Goričko Nature Park is just to simply see some meadow in a may or a june, when most of meadow plant species are blooming and all polinators, buterfllies and other insects, as well as other animals like amphibians, birds and mamals, are fully active. This imense biodiversity is also complemented with life in hedges, which are common on the edges of meadows or fields.

Meadows are among oldest semi-natural habitats in Goričko Nature Park, which would have not existed without human activity. To reach their full biodiversity potential, a traditional extensive maitenance is needed. However, not all environment conditions on Goričko are the same, therefore there are also different types of meadows here. 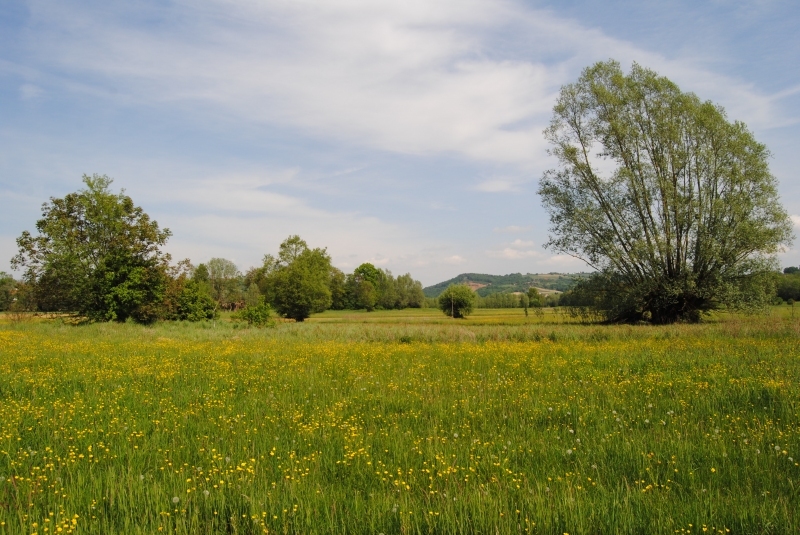 On permeable, sandy and gravel surfaces, where soils are poor with nutritients and acidic are so-called dry meadows. For these meadows is tipical, that the meadow plants are relatively rare and do not grow to big heights, but they have a good roots systems. On very dry and acidic parts, only moss and lichen patches can be found. Because of little amount of grass, these meadows were mowned only once or twice a year. However, hard growing conditions create habitat that is known for typical plant species. Most of them are blooming at the same time, this is why these meadows are known to be very colorful. Among dry meadows are important Natura 2000 Goričko habitats Semi-natural dry grasslands and scrubland facies on calcareous substrates (Festuco-Brometalia) (* important orchid sites) (HT 6210). In Goričko this habitat occurs on silicate substrates. Typical for this habitat are some orchid species like green-winged orchid (Anacamptis morio), burnt orchid (Neotinea ustulata) and autumn-lady tresses (Spiranthes spiralis). Other typical species are tall hawkweed, the maiden pink (Dianthus deltoides), catsear (Hypochaeris radicata) and others. Among grasses are typical quaking-grass (Briza media), furrowed fescue (Festuca rupicola) and tall oat-grass (Arrhenatherum elatius). 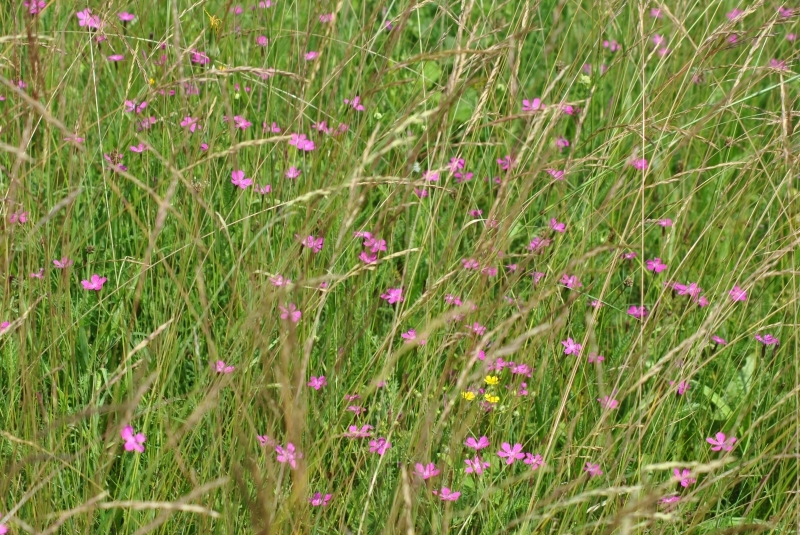 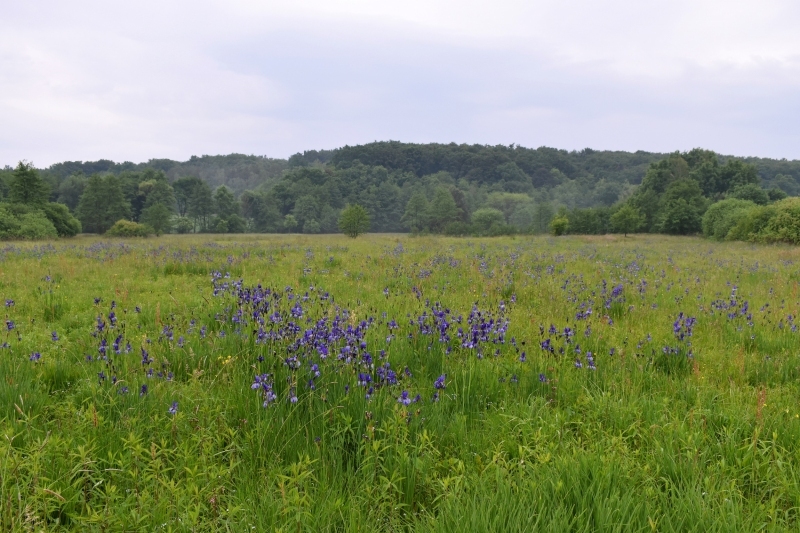 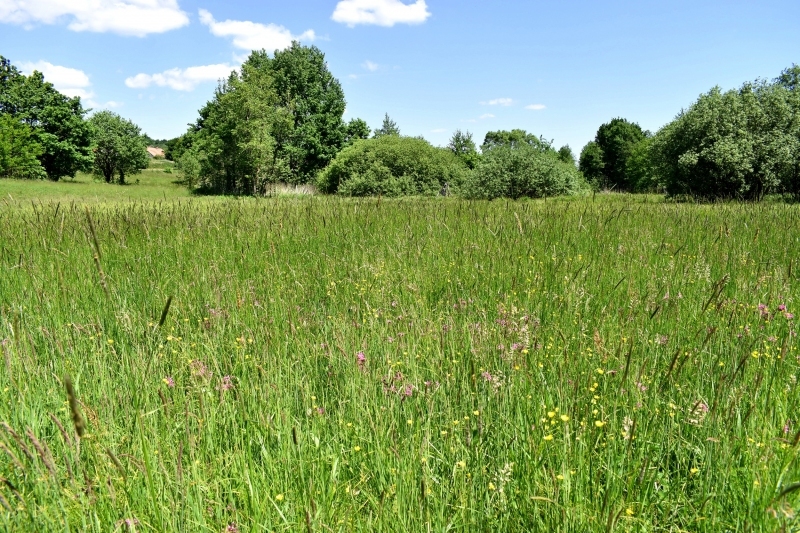 Meadow with foxtail, false oat-grass and ragged-robin in may (photo: mojca Podletnik)
HEDGES
Hedges are important part of Goričko landscape. With their position at the edges of meadows or fields they work as bridge between different habitats. They have also important role as mitigators of effects of extreme weather conditions and prevent damage from soil erosion, drought, hail and strong wind. 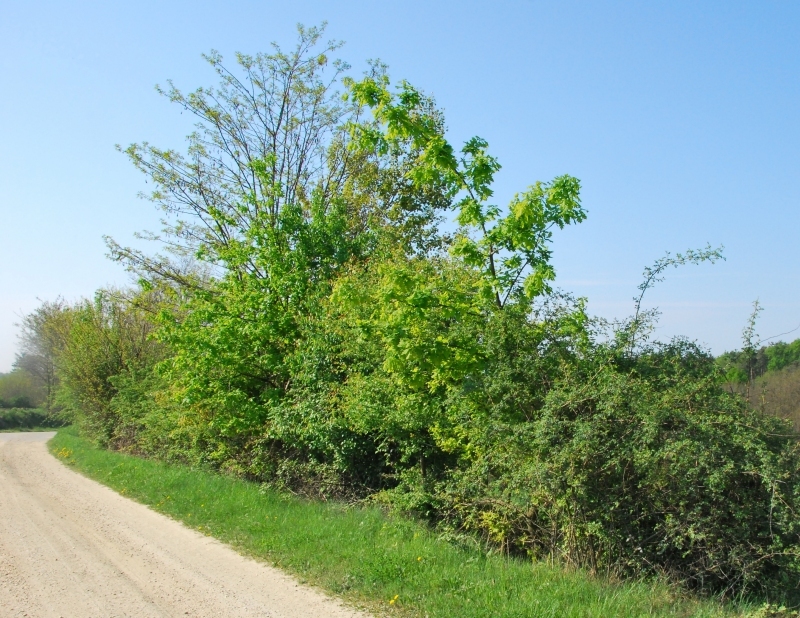 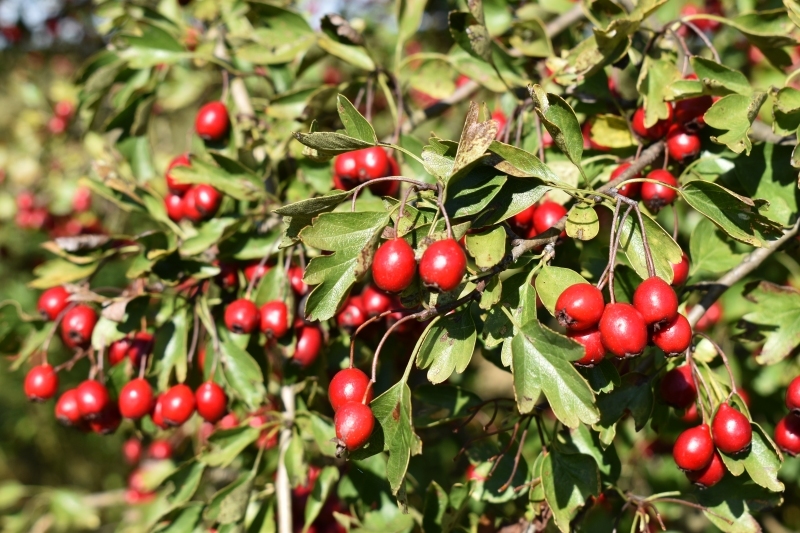 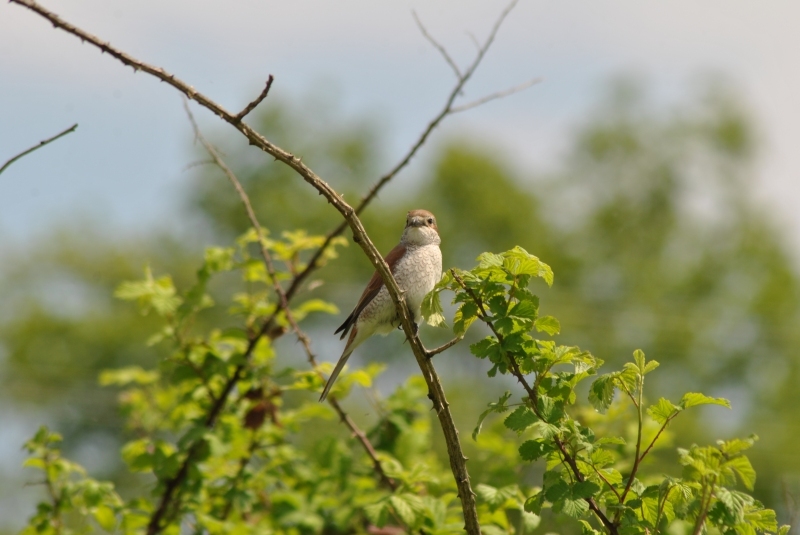