Over 45 % of Goričko Nature Park surface is covered with mixed forestsm, which present main land use type. Percent of forests is also growing due to the abandoning of agricultural land.

The primal forest of Goričko were Illyrian oak-hornbeam forests (Erythronio-carpinion) (HT 91L0) with dominant sessile oak (Quercus petraea) and common hornbeam (Carpinus betulus) species. Because these forest have grown on areas suitable for agricultural use, most of them were deforested or botanicaly changed in the past. Today these forest grow in original state only in small patches. The slopes with moderatly acidic soils are today covered with Luzulo-Fagetum beech forests (HT 9119) with dominant common beech (Fagus sylvatica). These are secondary forests, which spread as soils become more and more acidic beacuse of abscence of large amount of oak and hornbeam leaves. Beech leaves are decomposing very slowly and make soils even more acidic. In these forest we can found also scots pine (Pinus sylvestris) and sessile oak (Quercus petraea). The most poor, dry and acid soils on the ridges of Goričko hills are owergrown with mostly scots pine forests with sessile oaks and chestnuts (Castanea sativa). In some parts of Goričko we can also find european spruce (Picea abies), which was artificialy introduced as well as invasive false acacia (Robinia pseudoacacia), which grows mostly on bright forest edges. 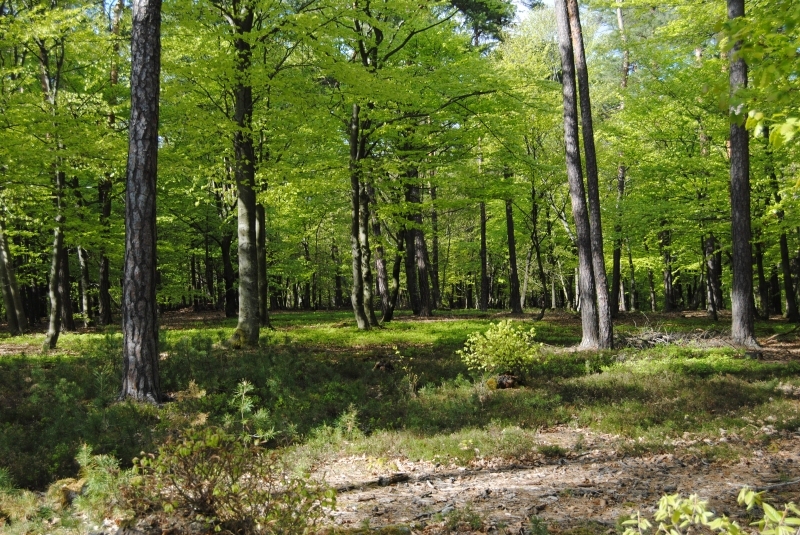 Diversity of undergrowth in forests usualy depends on light conditions. In forests of Goričko we can find several species of ferns, mosses, lichens and funghi. For beech forests there is typical may lily (Maianthemum bifolium) and European wild ginger (Asarum europaeaum). In the lighter pine forests grows round-leawed bedstraw (Galium rotundifolium) but also common heather (Calluna vulgaris), European blueberry (Vaccinium myrtullus) and mountain crannbery (Vaccinium vitis-idaea). Among plenty of funghi species there are some very poisonous ones, therefore picking of those requires some knowledge about funghi. According to the Slovenian law, there is picking limitation of 2 kg per person. 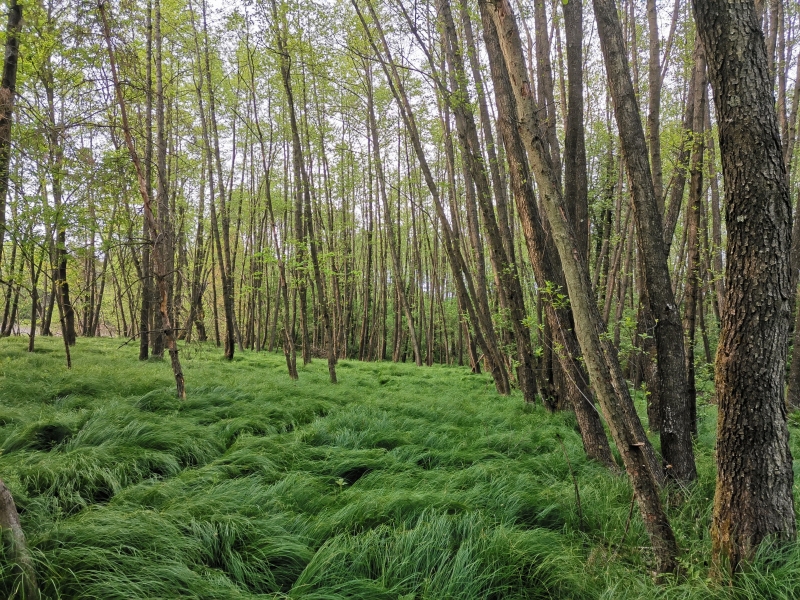