Among the insects the beetles are the group with the highest number of species in the world. Regional park Goričko is no exception to that. Among the common and most widespread species of beetles found here are rose chafer (Cetonia aurata), the common cockchafer (Melolontha melolontha) and seven-spot ladybird (Coccinella septempunctata). Aside from that most common are species from families of click beetles, ground beetles, weevils, longhorn beetles and leaf beetles. The great diving beetle (Dytiscus marginalis) lives in the ponds with a lot of vegetation. It is well adapted to life in water, as its flattened body and swimming bristles on the hind legs allow it to swim, while they carry the air supply in special bubbles under their wing cases. Dor (Geoptrupes scercorarius), a species of earth-boring dung beetle, plays an important role in the circulation of matter in the nature. Its larvae actually feed on the dung that their parents make into balls and push into burrows with them. In forests of spruce the drying-out of spruces and the consequent economic damage is caused by actions of European spruce bark beetle (Ips typographus). The extent of the damage caused by this beetle is also because beetle attacks only spruce specimens planted outside the area of their natural distribution (the mountains) for maximum profit and are therefore less resistant to beetles attacks.
In Goričko 4 species of the beetles are defined as qualifying Natura 2000 species and are considered environmentally important, so they enjoy special protection status.

Hermit beetle (Osmoderma eremita) is a beetle that grows up to 4 cm in size and belongs to the family of scarabs. Its outer skeleton is dark-brown to dark-purple in colour. The larva, which feeds on dead wood, grows up to 7.5 cm. It lives in hollows of large and old trees – willows, rarely lindens or oaks. A hermit beetle can actually spend its entire lifetime in the hollow of one tree. Development of larva takes 3 to 4 years. Adult beetles are not very mobile, as they rarely move for more than 100 m, so they urgently need a stable environment with a suitable living habitat in the immediate vicinity. While adult beetles appear between July and September, they are very difficult to spot. It is easier to detect the fragrant apricot-like smell, which adult males emit to attract females. Species is widespread through central, northern and southern Europe. In Slovenia it is rare and endangered, with a status of E- affected species and protected. Due to its long-term development (several years) and very limited ability to spread it is most endangered by the fragmentation of its living environment and disappearance of old and large trees and bushy borders from the cultural landscape due to the logging. In Goričko it lives in the valley of river Ledava. 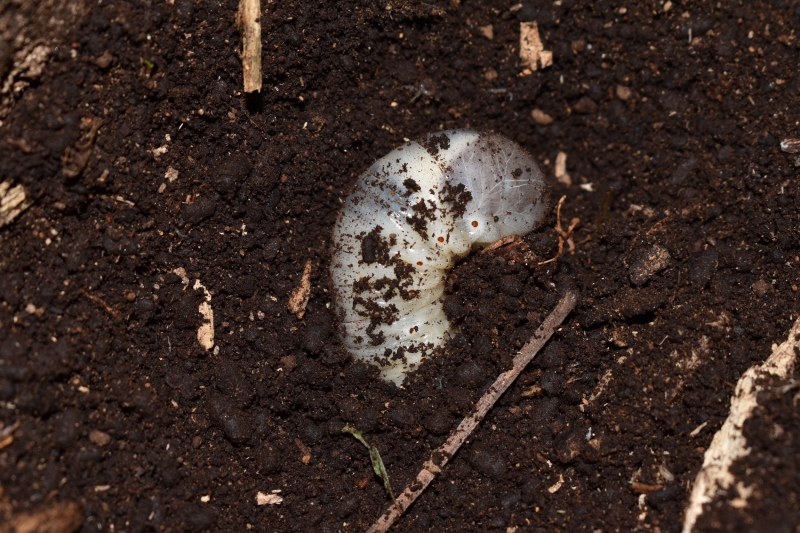 European stag beetle (Lucanus cervus) is relatively common and one of the largest European beetles. It grows up to 7.5 cm in length and weights up to 6 g. The skeleton is black-brown in colour, but the most recognizable feature of the species are significantly enlarged jaws in the shape of stag horns. Females are smaller and without ‘horns’. Adults feed on plant juices and rotten wood. Species lives in older forests, parks and gardens. It is widespread in Europe and the Middle East, and is considered to be a commonly found species in Slovenia. It is threatened primarily by the removal of old and dead trees, loss of life habitat and the use of insecticides. It is a protected species. In 2006, the population of European stag beetle was estimated to be larger than ten thousand individual beetles. 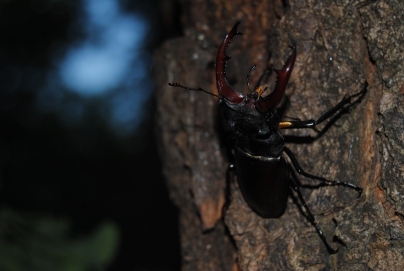 Carabus variolosus is a rare and mysterious species of ground beetle. It is a forest species that lives in streams, headwaters and swamps of forests. During the winters it hides in deadwood in the immediate vicinity of the waters. Widespread through Europe the species can be found all over Slovenia, but is rare. It grows up to 3.4 cm in length and has an elongated and oval black body. It can be distinguished from other ground beetles of forests by its characteristic pattern of indentations on the wing caps, as well as the wrinkly appearance of caps. It preys on other beetles, water snails, crabs, aquatic insects, insect larvae and even small fish. It is threatened by destruction of its living habitat, such as backfilling of forest streams, pollution of waterways, deforestation and removal of overgrowth around waterways. 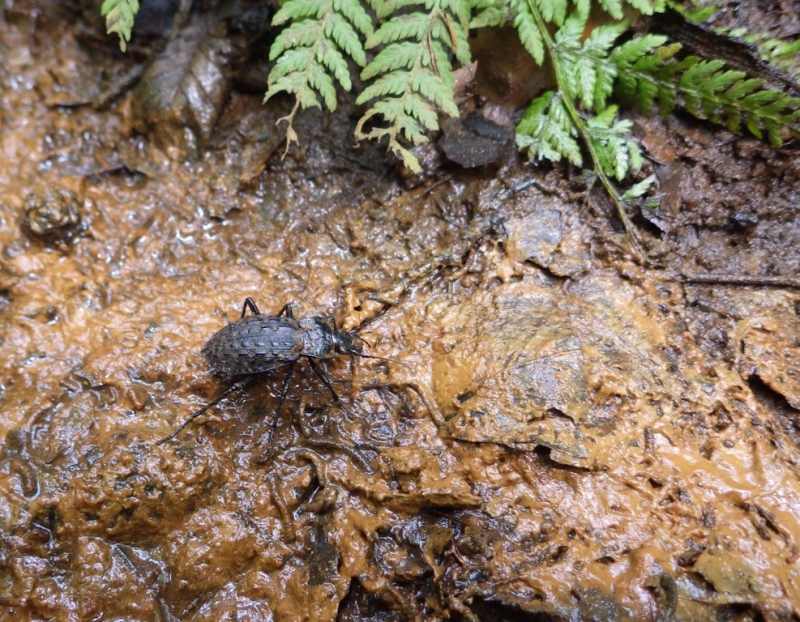 Most mysterious and least researched species in Goričko is cinnabar flat bark beetle (Cucujus cinnaberinus). The small, up to 1.5 cm large beetle has a distinct red outer skeleton. It feeds on the deadwood biomass (is a saproxyl species), occasionally it also preys on the larvae of other beetles. Larval development usually takes two years. It lives in well-preserved moist forests with a lot of dead biomass, where it lives under the bark of various tree species, including poplar, willow, elm, oak, maple and ash. It is common in old big woodlands, such as the floodplain forest along the river Mur. Species is widespread throughout Europe, but it reaches its highest density in central Europe. To preserve its existence it is necessary to keep old trees in the forests and to leave dead wood biomass in the forests. 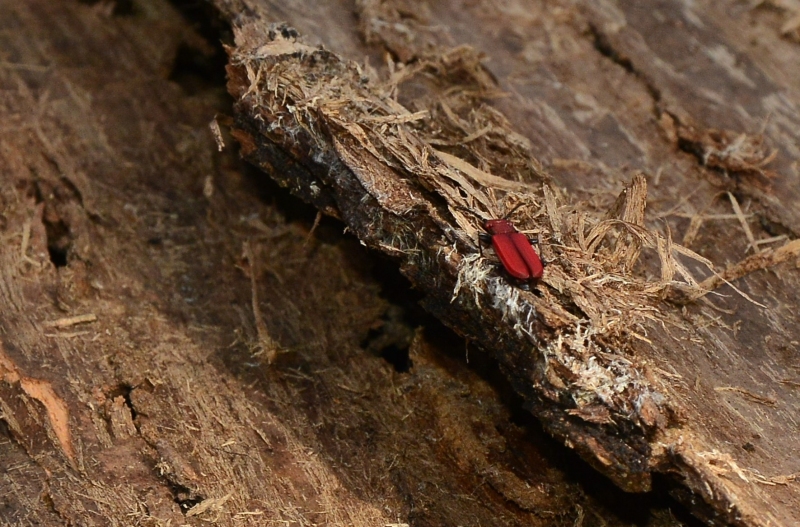 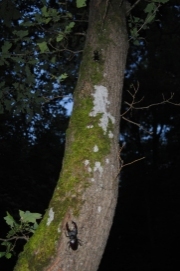 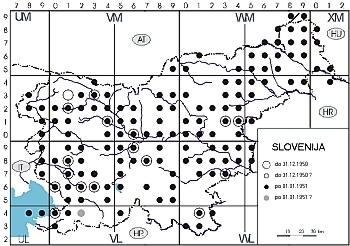 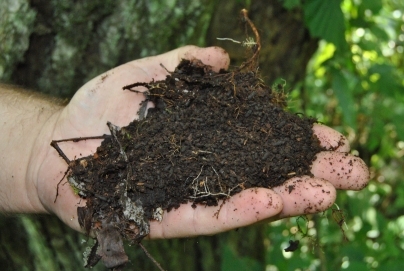 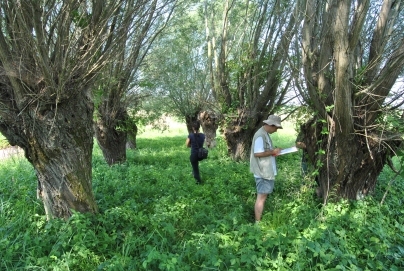 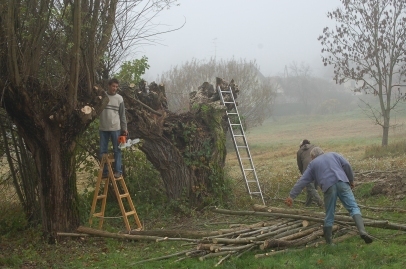 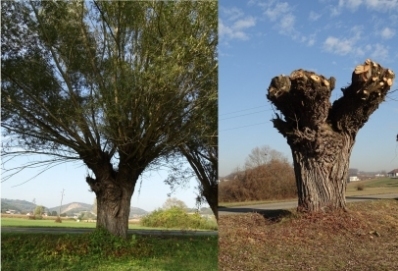