Description
Lesser horseshoe bat (Rhinolophus hipposideros) is a small, up to 5 cm big bat, weighting just 4-7 g. Its wingspan is up to 25 cm. The ears are pointed. Horseshoe is easily recognizable by its characteristic horseshoe nose-leaf (horseshoe-shaped nose) which is thought to direct echolocation calls. Its wings are broad and short. During hibernation the lesser horseshoe bat wraps itself completely within the wings. Each bat hibernates individually. 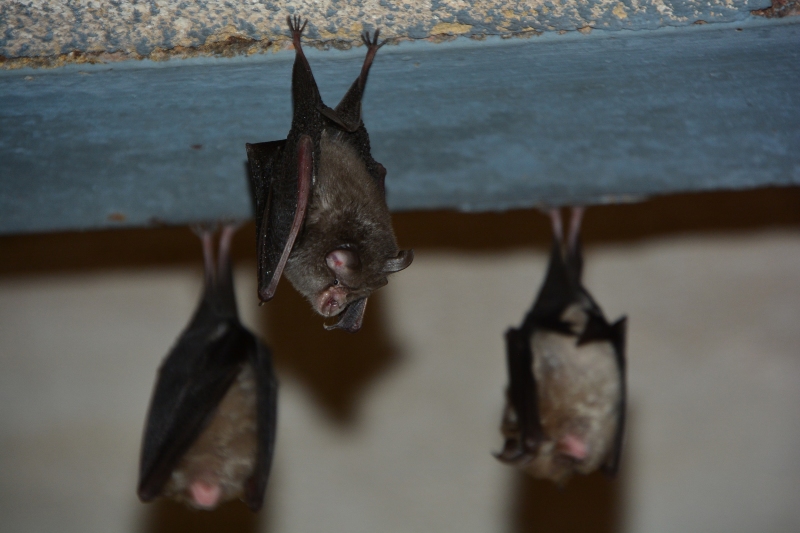 Food, reproduction and habitat
It feeds on smaller insects, like crane-flies and small moths. All prey is captured in flight. In forests they hunt mainly in the crown of the deciduous trees. Females begin to gather in roosts in the spring, where in the second half of June or July each gives birth to only one pup. Pups are distinguished from their mothers by the color of their fur. Their fur is gray, while mothers are smoky brown.In nurseries often few dozens of females gather. 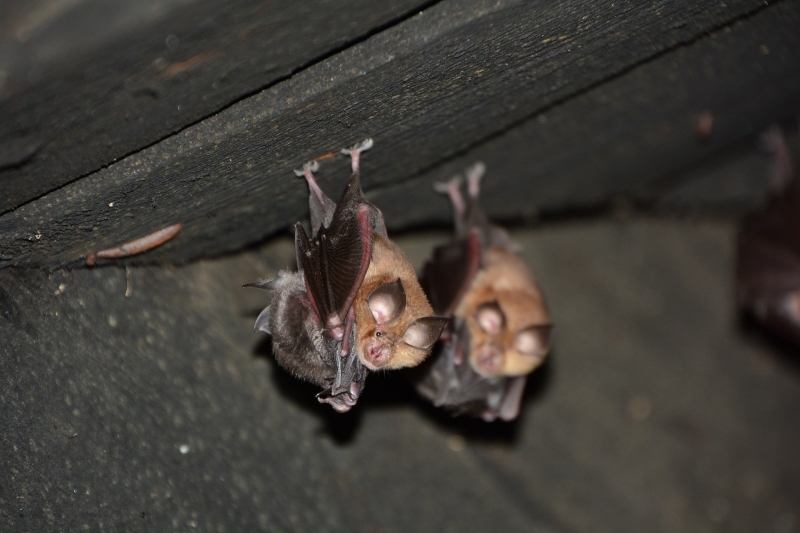 Female (brown) with a pup

Distribution, threats and conservation status
The lesser horseshoe bat is widespread in Europe, Asia and Africa. In Slovenia it is widespread in open landscapes, except in flat areas of the Podravje and Pomurje region. In Goričko, in addition to the well-known roosts, only one other occasional roost is known - in the former railway tunnel. Major threats are roost and habitat loss, changes in landscape, light pollution and the negative effects of application of insecticides. 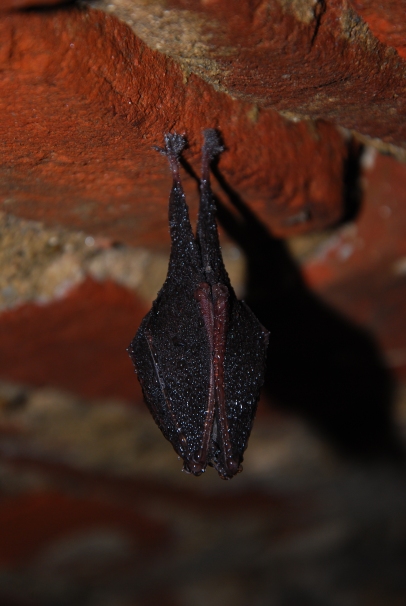 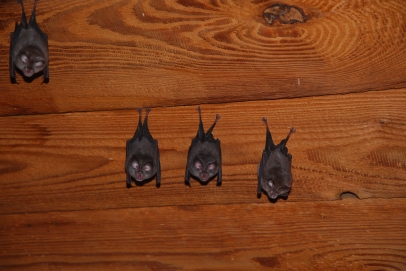