Bransberger homestead in Korovci is a gallery with an ethnological museum, that an amateur painter Bransberger remodeled. Since 1997, ethnological museum display household and farm tools from surrounding homesteads of the early 20th century. The owner also boasts a permanent exhibition of hunting trophies from the surrounding logs. People of village Korovci traditionally celebrate their holiday in August; hiking at Learning Forest Trail so-called the Fuks Graba, starting at this homestead.

Panonian homestead in Kobilje is one of the most beautiful in Pomurje - the pearl of Prekmurje architectural art cccording to experts. The entrance is through a door that is a carving masterpiece, an arcade sheds with four pillars and next to is a wheel fountain. The year of the building house is 1901. The largest space in the house ("iža") contains a magnificent old earthenware stove where is now an exhibition stand of craft products . The house is so- called TELE hiša; den or private room was transformed into an office or an information center with computers that are available for telecommunications. In addition to the house, there is an outbuilding with a horse, cow and pig stable. In this way, the courtyard, thanks to the back of the neighbors house, is a beautiful enclosure that is only open to the main road that runs through the village. More about the house ...

The Bežan Homestead in Gornji Slaveči is the oldest house in Gornji Slaveči. Built around 1870 in the shape of a letter L made of mud and wood covered with straw. The windows are small, there are crosses in the windows, whiten with lime. It has the smoke kitchen and compact floors. The house was owned by Cecilia Bežan, after her death it is owned by the municipality of Kuzma.

Joze Pojbic wrote in the article (Delo newspaper): Cecilia Bežan, Cila of Gornji Slaveči from so-called Štoukov Breg, died three years ago in norsing home in Kuzma. She lived her entire life on her parents homestead, in a tin old house with a thatched roof, smoke kitchen and no electricity almost ninety years; almost as she lived in a museum. She did̕ t complain and was pleased with what she had. Never married and had no children, so her house was inherited after the death of the municipality of Kuzma, which paid for her stay in the nursing home for the last two years of her life. Municipality of Kuzma will make a museum out of the Bezan homestead; built in the second half of 19th century. The Bežan family was big, seven children, the youngest was Cila. The father was making thatch and mother was housewife; had small farm with one or two livestock and some pigs and cultivated land. At that time in Prekmurje almost all houses were the same; the tradicional hauses of Prekmurje. Today, we can at this region preserved tradicional hause of Prekmurje find at the Bežan homestead, where the two sisters Cila and Marija lived. Cila worked in Austria, but later returned to Štoukov brejg and work at home, cultivated two fields and farming with her sister Marija, so-called Mejca. They earned some little money during the season by picking and selling mushrooms. Only one »big room«, 13 square meters big, where the sisters slept on parents beds, with the smoke kitchen and a brick furnace, no electricity was in the house where they lived. When Mejca died, Cila was left alone, » but she never complained; continued to cultivate her field and take cared of the livestock, as long as she could - she lived happily ever after. When the forces started leaving her, we began to take care of her, ”says her first neighbor, Ivanka Celec. (Written by Jože Pojbič) 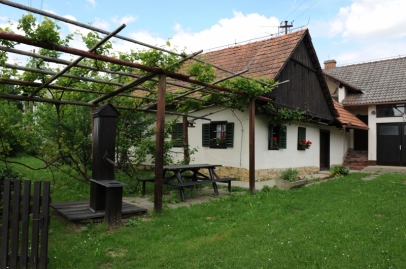 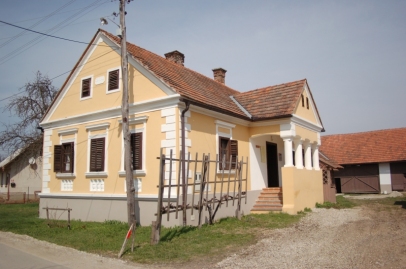 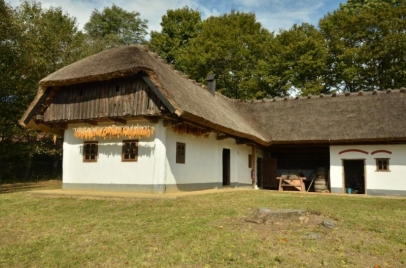