The European beaver (Castor fiber) is rarely observed but its traces are easily find. The beaver became extinct in Slovenia in the 18th century due to over-hunting for its skin and meat. As it is an aquatic animal, its meat was used during fasting. Individual beavers have survived only in parts of Central and Northern Europe. In the 1990s, beavers from Bavaria were reintroduced in Croatia, from where they spread back to Slovenia and today beavers live along the rivers Mura, Drava, Sava and Krka. In Goričko, its presence was confirmed in the river Ledava, Mala and Velika Krka and in Lukaj and Dolenski stream.

Description
The beaver is a mammal (Mammalia) and the largest living rodent (Rodentia) native to Europe. It measures 75-100 cm in length, and its tail measures an additional 30-40 cm. On average, it weighs about 20 kg, although the largest specimens can weigh more than 30 kg. Its toas are designed for aquatic life, as they have a swimming membranes between them. The forelegs are shorter and are intended for bathing, carrying material and holding food. A flattened hairless tail allows him to swim very fast, while on land beavers are slow. The beaver is a good diver and can last up to 15 minutes underwater. The dense coat is predominantly brown, with the ventral side slightly lighter than the back.

Food and reproduction
Beaver is an exclusive herbivore, whose daily needs are approx. 2 kg of woody forage. A special gland helps him in the metabolism of wood and plant fibers. In summer it feeds on terrestrial herbs and aquatic plants. In winter, it feeds on the bark. Beavers build dams to provide easy access to food and to create "ponds" (areas of still water) where they build their lodge. Behing the dams water levels raise and entrance to the lodge remains flooded and therefore beavers can leave the lodge under the water. Raised water levels are used by beavers to access the trees and other food more easily and safely. Within beaver lodge a family of beavers live. The beaver family consists of parents and their offspring. The young beaver leave the family at the age of three. Beavers are teritorial and they mark their teritories with gland secretion. 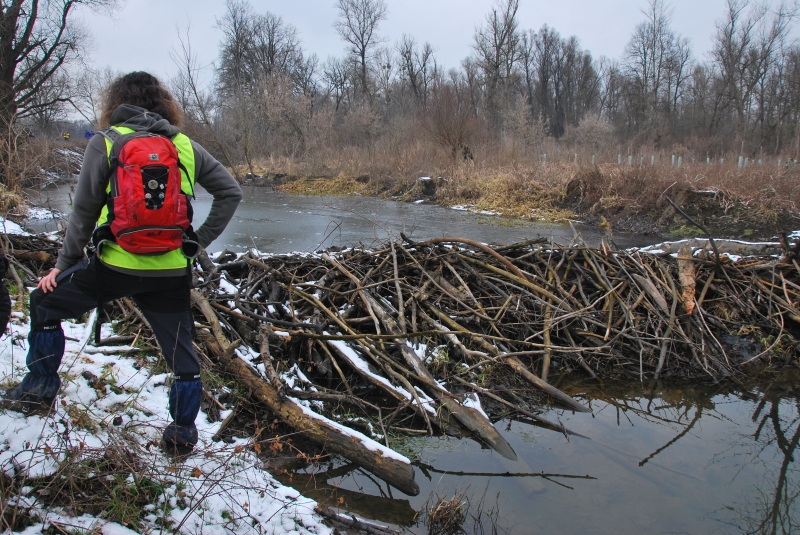 Threats and conservation
Beaver is protected in Slovenia and in some sites protected as a Natura 2000 species. Among that sites is river Mura. Beavers are threatened by habitat degradation, water pollution, conflict with humans and traffic. 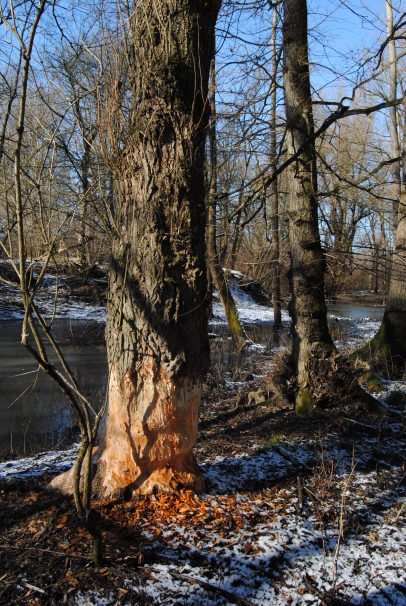 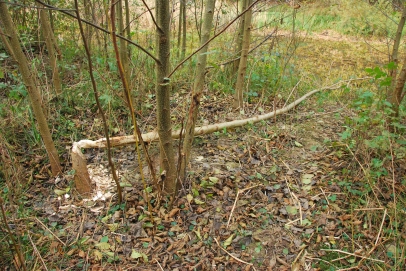