The abundance of game has always attracted hunters from near and far to Goričko. The isolation of the area along the strict border during the Iron Curtain further contributed to the preservation and increase of game populations, which can also be observed during the day. Certainly the most imposing game is the red deer (Cervus elaphus). Our largest representative of even-toed ungulates (Artiodactyla) grows up to 2.3 m in length and can measure 1.5 m at shoulder height. Stag can weigh up to 250 kg. Female deer, called hind, weigh up to 150 kg. Stags have large and branched antlers on their heads, which become larger with age. The antlers are discarded between February and April, and by the end of August the new one grow. The coat is reddish brown in summer and gray-brown in winter. 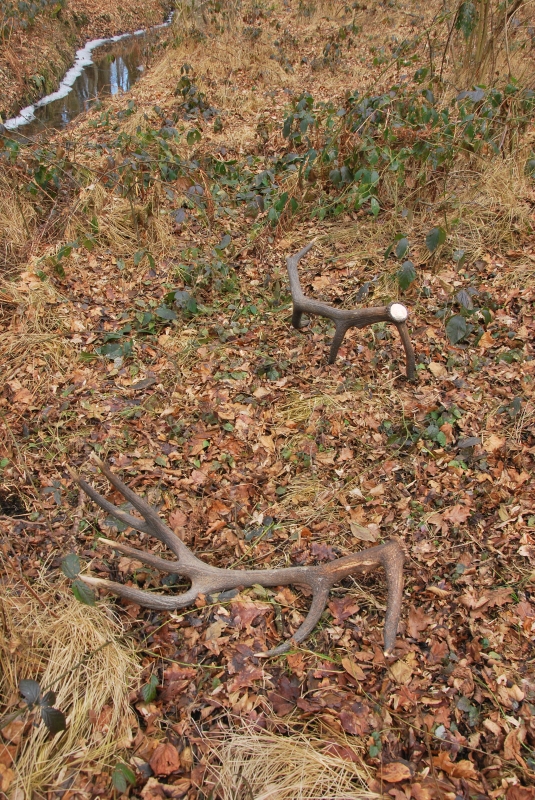 Mature red deer stay in single-sex groups during the year. Herds can be very large and abundant. The strongest stags often live alone. During the mating season, called the rut, typical calls echoes in the nights through the villages of Goričko. Stags compete for the attention of the hinds and defends its newly hind group.Calves are born in May or June. They reach sexual maturity in the second (hind) or third (stag) year. They live up to 20 years, although on average they live only 5-6 years.

They are active mostly during the night, during the day they rest under the trees or in tall grass. It is a grass-eating ruminant. It can also occasionally feed on seeds and fruits. In the winter it often feeds on conifers and bark. It lives mainly in forests. In Goričko, red deers live especially in the NE part, where they regularly cross the Hungarian-Slovenian border.