The low annual rainfall (800 mm), the high insolation of the area and the acidic soil enable the plant species that are typical of the sub-Mediterranean to thrive in Goričko Nature park. Such species are called phytogeographical features. These include tassel hyacinth (Muscari comosum) and purple mullein (Verbascum phoeniceum).
The tassel hyacinth belongs to the hyacinth family and is recognizable by its purple tufted bright violet-blue sterile flowers above short-stalked, brownish-green fertile flowers. It grows up to 80 cm tall. Leaves are long and narrow with a central channel. The tassel hyacinth grows on dry road and forest edges and on dry meadows. In some Mediterranean countries it is considered a culinary specialty. It has the status of a vulnerable species in Slovenia. 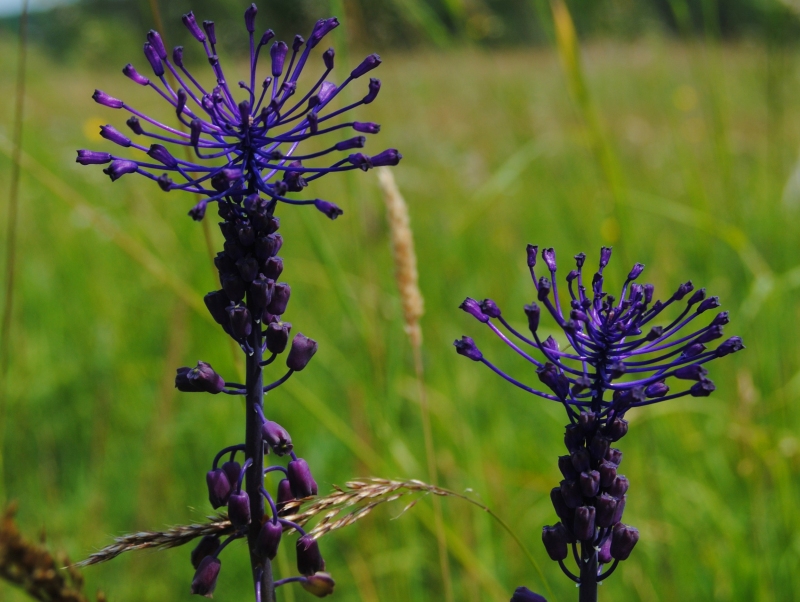 The purple mullein grows up to 80 cm high. It thrives on dry meadows, on roadedges and along the hedges. Mullein has a ground rosette from which egg-shaped leaves grow out. The flowers are large, up to 2 cm in size, and arranged in clustered inflorescences on a tall stem. The anther threads are woolly. It has an unpleasant odor, it is often grown as an ornamental plant in gardens. 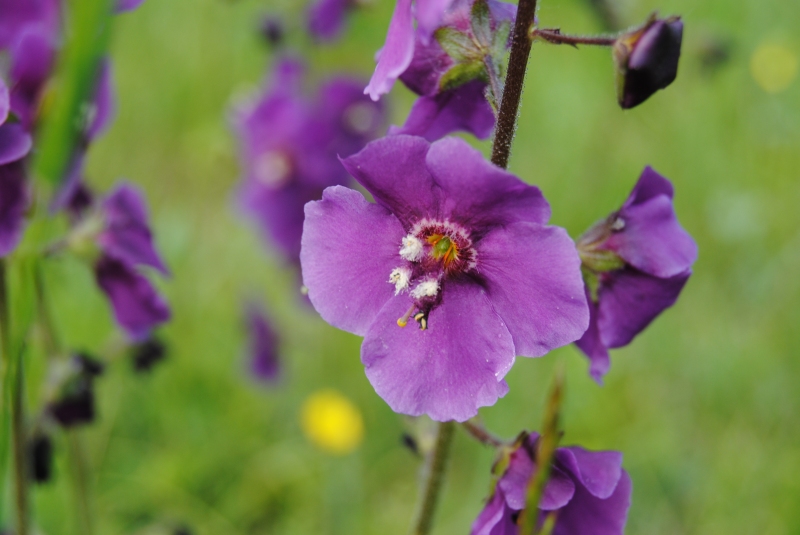 Flowers of the Moenchia mantica resemble bellflowers. It thrives on dry meadows. This otherwise typical submediteranian species also occurs in Bela krajina. Other interesting plants are the little yellow rattle and the rock cinquefoil (Potentilla rupestris). Due to the intensification of the use of dry meadows in Europe, the rock cinquefoil is disappearing and is also endangered in Slovenia. The little yellow rattle (Rhinanthus minor) would be best described as a "natural rattle". Up to 30 cm high plant also thrives on dry meadows. The flowers are symmetrical and yellow. Its fruit, dry capsule contains loose, rattling seeds - hence it name. 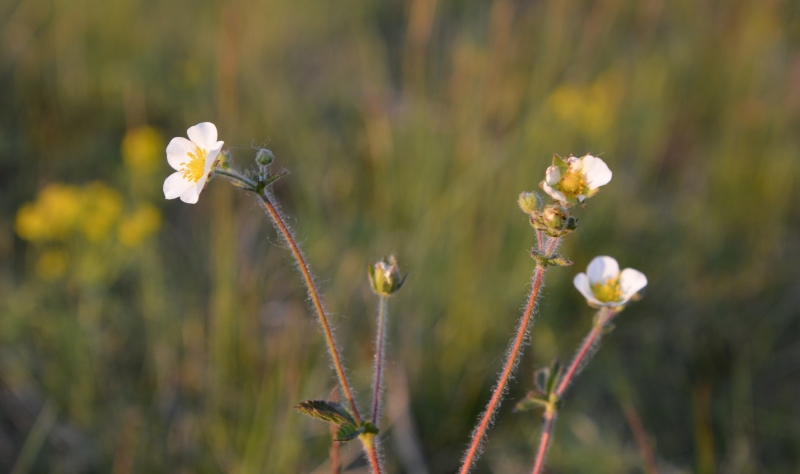 Two other botanical rarities thrive in the eastern part of Goričko Nature park - Saxifraga bulbifera and fringed pink or large pink (Dianthus superbus).
Saxifraga bulbifera is a rare and highly endangered species, as it is rapidly declining due to the disappearance of extensive meadows. It thrives mainly on dry meadows. The ground leaves are stalked and arranged in a rosette, while the stem leaves are sessile and very small. The flowers of this saxifrage are snow-white and grouped in inflorescences.Plant reproduces asexually with the formation of small bulbs, called bulbils, in their leaf axils. The fringed pink or large pink is a very rarely widespread pink, which can be found only on wet meadows in the eastern part of Goričko. It is highly endangered and protected in Slovenia. The stem is branched in the upper part, and the most recognizable sign is the fringed pinkish flowers. The flowers are sweetly scented. 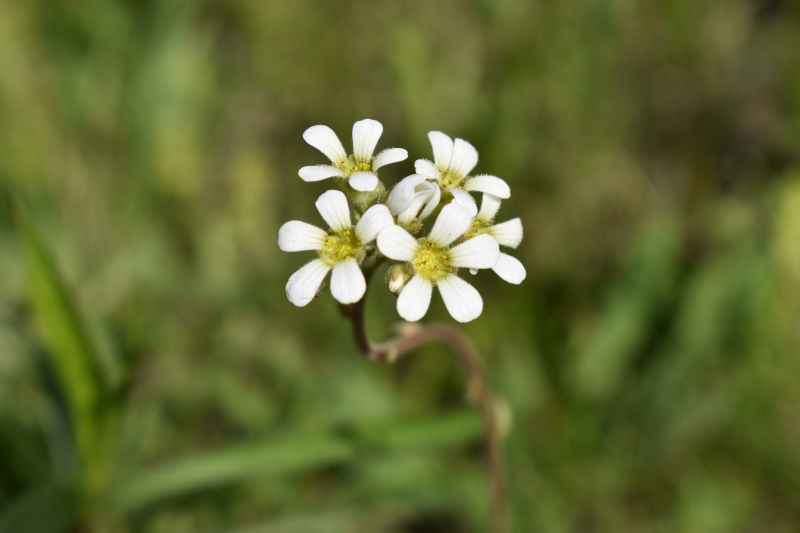 Common cottongrass (Eriophorum angustifolium) occurs only on the most acidic wet meadows or even bogs. Its white-haired seed-heads resemble tufs of cotton. Quite abundant is the sneezewort (Achillea ptarmica), recognizable by loose clusters of snowy white flowers.
In 2020, the first known location in Goričko of the globeflower (Trollius europaeus) was discovered. It is a species typical of high mountain meadows and pastures and therefore extremly rare in eastern part of Slovenia. The nearest known habitats of this species are in the neighboring Őrség National Park, so the discovery was only a matter of time. 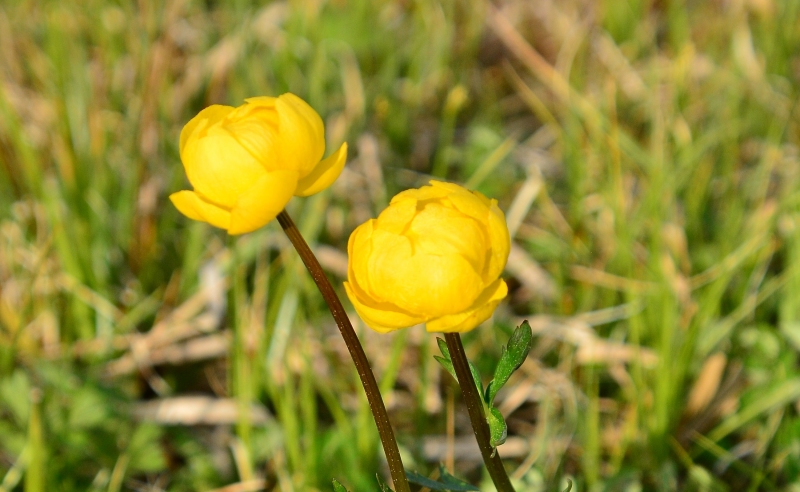 The great masterwort (Astrantia major) is recognizable by its umbrella-shapped inflorescence. Flowers are surrounded by a pink-green mantle, which form a characteristic umbel. The flowers are otherwise small and whitish. Locally distributed on shaded meadows, forest edges and in moist deciduous forests.

There are few habitats of the Turks cap lily (Lilium martagon). It is protected in Slovenia. Grows up to 1 m and has a clustered inflorescences at the top of the stem. The flowers are pink-purple with dark spots and the petals are bent back in a form of a cap (martagon means turban). The anthers protrude outwards. 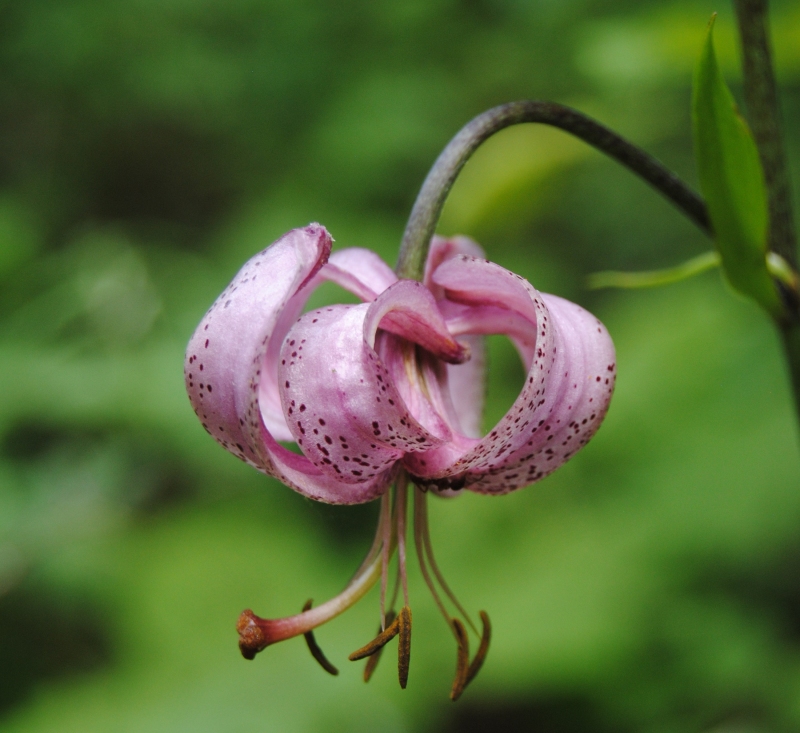 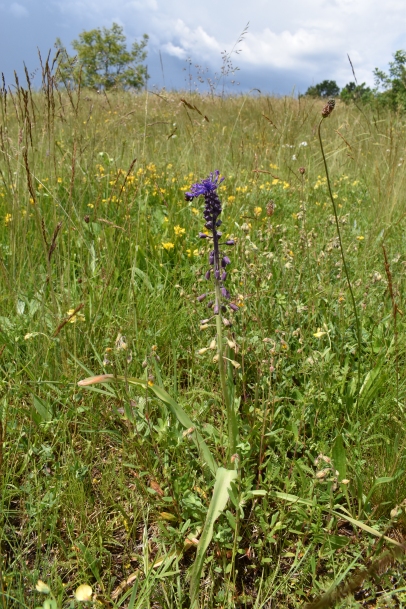 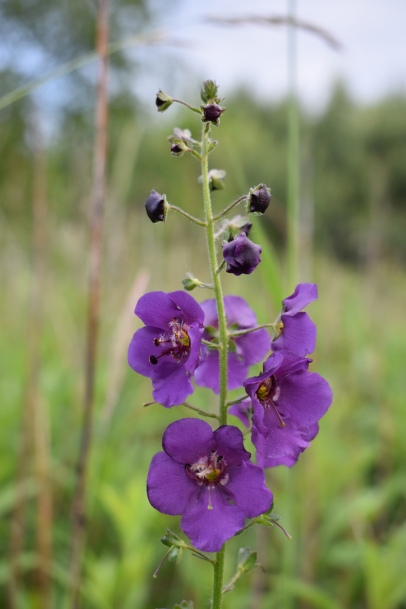 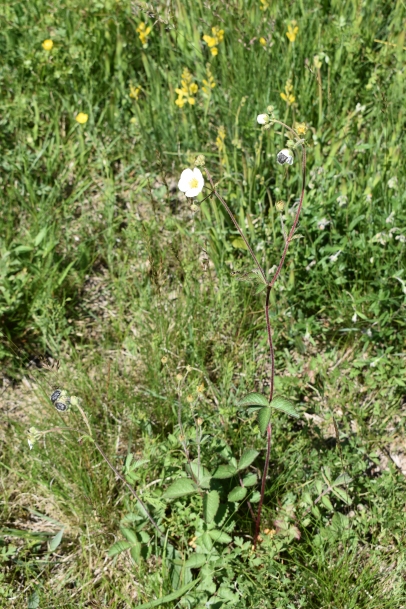 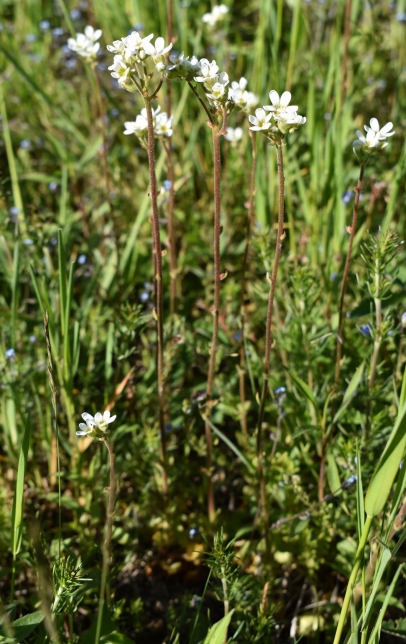 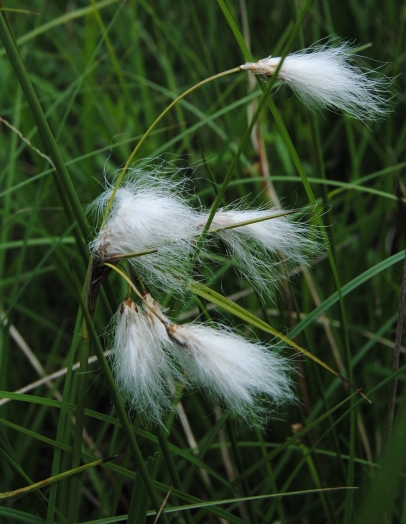 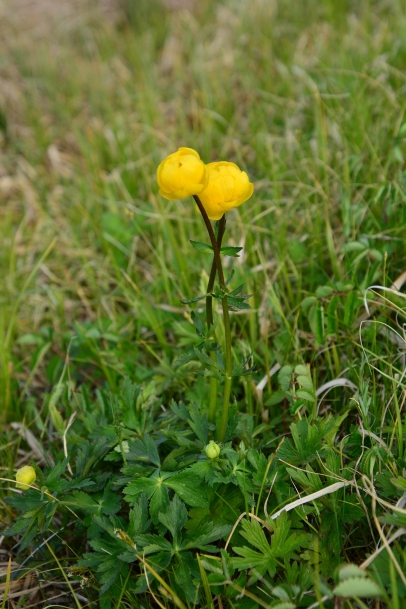