Friderick Makovec (1908-1990) became a janitor s assistant in 1928 and was apprenticed as a ropemaker by 1937. In the same year he passed the Master̕s exam in the rope trade. He retired in 1971 but continued to make rope products until 1988. He worked mainly with linen yarn brought to him by clients; he later used hemps yarn purchased from Bačka in Serbia. He sold his rope products at trade markets. In the beginning, carried his wares on his back, travelling by foot. Later he travelled by bicycle, then horse and buggy, and in the end by car. He made a range of household and agricultural products including ropes for use with grazing animals, and animal harnesses; rope for ploughing, household and handicrafts. He bought in industrially produced metal tool components, however the wooden parts he used were often hand-crafted domestic products. 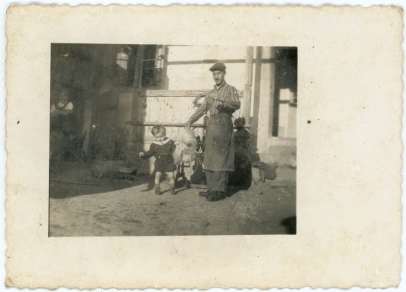 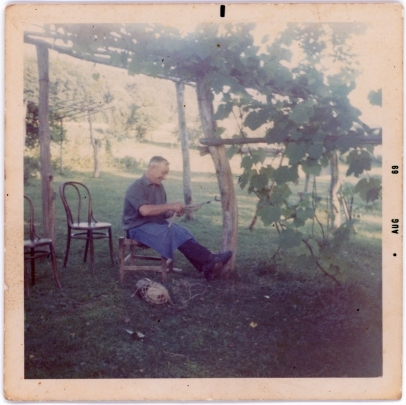