Greater mouse-eared bat (Myotis myotis) is the most numerous species in Goričko with nursery roosts in several churches. The largest nurserys are in the churches in Grad, Dolenci and Kobilje. A few dozen bats spend the winter hibernation in the cellars of  castle Grad.

Description
Greater mouse-eared bat is one of the the largest bats in Slovenia with a wingspan up to 45 cm and weighting up to 30 g. Its fur is grayish-brown on the dorsal side, while the ventral side is dirty white. The ears are long and with a tragus with a black tip. Pups are darker and gray. 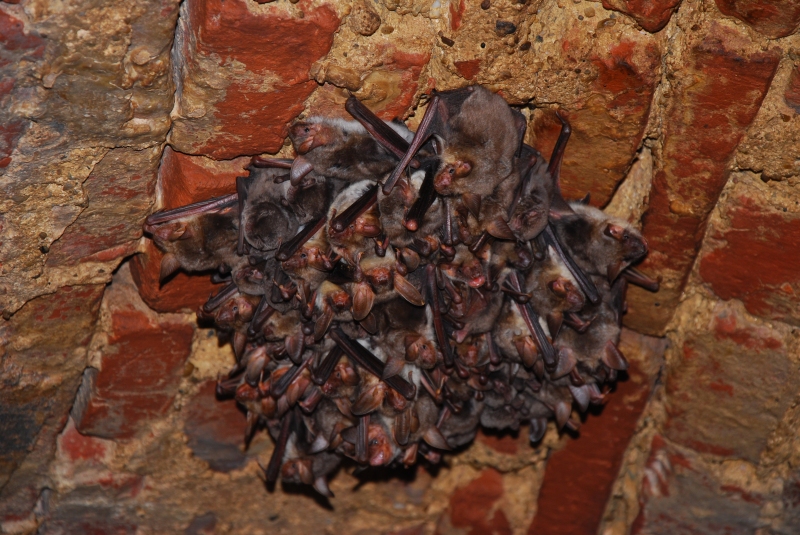 Food, reproduction and habitat
This insectivore bat most often feeds on large carabid beetles, stag beetle, spider and centripedes. The prey is caught on the ground during low flight and therefore most likely uses its sense of smell. Greater mouse-eared bat forages in open deciduous and mixes forests,in meadows and pastures, high-trunk orhards and in field.The foraging areas are mostly within a radius of 2 to 6 kilometers from the roosts.
The two most important nursery roosts are the Church of the Assumption of the Virgin Mary in Grad with more than 200 females in 2020 and in the Church of St. Martin in Kobilje, where more than 500 females and pups were counted in 2020. A smaller group is also in the church in Dolenci. The attics and bell towers of churches and chapels and old houses are important roosts for the greater mouse-eared bat. Females give birth to one pup at the end of May or in June. Bats can reach the age of 18 years. 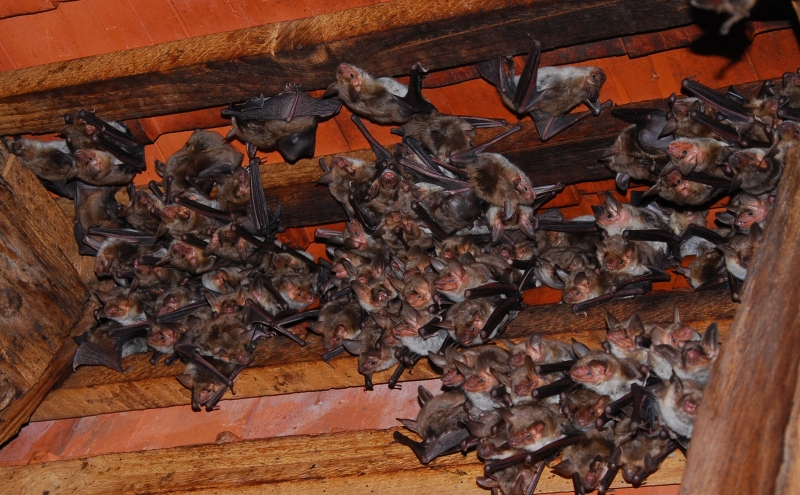 Distribution, threats and conservation status
The greater mouse-eared bat lives in Europe, Asia Minor and the Middle East. Although it is typical cave species, in Central Europe bat dweel mainly in large roof spases. It is widespread in Slovenia. They overwinter in caves and rarely in cellars. It is threatened by light pollution, by closing the entrance openings to the roosts, thee use of insecticides, foraging habitat loss and by changes in landscape such as removal of hedges. It is protected in Slovenia.